Book review: Across Scotland on Foot

Ronald Turnbull has written a huge number of books and articles and has a fine, sardonic authorial presence in his writing. Across Scotland on Foot gives detailed guidance and advice on a selection of coast-to-coast routes. All recount crossings of Scotland based on Turnbull’s own experience and the trips of his close friends and co-conspirators.

Perhaps the best thing the book does is point out the Scotland has north and south coasts, as well as the more ‘obvious’ west and east coasts. By exploiting four ‘corners’, Turnbull comes up with some unusual and exciting routes. However, the book prosaically starts with the matter of the annual Great Outdoor Challenge, which involves hundreds of walkers in a coast-to-coast trek on a route of their own choosing, well at least until the weather, need for food/beer/forgotten vital equipment or burns in spate start making choices for you. The first route offered runs from Evanton in the east to Poolewe in the west. As with all the routes, information for the amount of distance and ascent for each day is given then a mixture of detailed route advice and entertaining anecdote and the occasional cautionary tale.

Next up is a suggestion for a high-level east-west crossing leaving Stonehaven and ending on Skye, which is a lengthy trek. The final Highland cross is from Oban to Arbroath via 43 Munros.

Turnbull is based in Dumfries and Galloway and writes with considerable local knowledge and passion about a pair of routes in the Southern Uplands. His first offering, and the one that has caught my imagination, is the tale of a hill runners 49 mile route from Gatehouse of Fleet to Girvan, which poses the entertaining philosophical question ‘Can you run at 3 miles per hour?’Another prosaic option for a west-east crossing is the Southern Upland Way, in the course of which Turnbull offers a number of suggestions to improve the route.

Walks six and seven offer the two ends of the spectrum between punishing the flesh and a more sedate walk. Chapter six describes a tale of hills, limited food ad big, big blisters on a run from Ardnamurchan to Peterhead that crosses the Cairngorms. As an ‘afterthought’ to the chapter, in case you weren’t feeling knackered just reading this section, Turnbull outlines the premise of the Ramsay round in the Mamores and the Grey Corries.

The final walk across Mull is inspired by Kidnapped, which has now inspired a difficult long-distance route from Mull to Edinburgh, is a gentler affair. Daily mileage does never creeps above 20 miles and the ascents are modest. Although I am sure Turnbull would invite you to try it in two days if you feel the need for speed.

The remainder of the book is rounded out by chapters on accommodation, ranging from hotels, which are rejected for making you breakfast three hours too late, to the minimalist bivvy bag option. Kit lists for the two extremes are then covered in the next chapter. Food and looking after yourself, and the enemies of well-being are tackled in considerable depth, with detailed numerical breakdowns of the calories and constituents of various foodstuffs. A list of runners’ tips for strapping up feet and lower limbs in various states of damage is a bonus for those uninitiated in the use of strapping tape.

The planning chapter contains the usual advice about maps, timing estimates and safety measures as a solo walker or runner on a multi-day journey. A fictionalized map offers an armchair exercise in route planning that is of particular use to those training to lead others outdoors and gives good advice about checking guidebooks and an exercise of this nature often forms part of a course assessments. A series of references of varying vintages is given at the back of the book.

Despite being published in the 1990s, the book remains useful and also allows a reader familiar with Turnbull’s more recent work to study the genesis of his style and interests, as the technical chapters provide a condensed version of his more recent Book of the Bivvy. 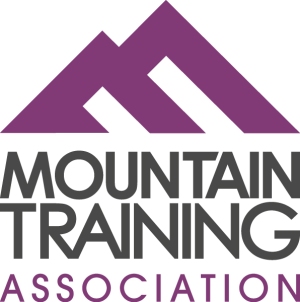