Declaration of interest: The author and I are members of the same hill-running club.

Don’t be misled by the title, this is a worthy addition to the shelf of anyone who enjoys trips in the Scottish hills. The 70 routes described can, of course, be walked and the volume can be used as an inspiration for adventures at a range of paces. The volume opens with a ten page introduction to hill running and racing, the differences in kit used for hillwalking and hill-running, the need for good navigation, and also gives an idea of what makes for a good hill-running route. The book is then geographically subdivided into seven chapters that roughly reflect the division of Scotland by the SMC guidebooks, although there are chapters for the Scottish Islands and the Central Belt. Each chapter starts with a few short routes, then builds up to long challenges. The challenge routes would be of the most general interest, as they provide inspiration for long mountain walks, QMDs and multi-day journeys. The layout for each route is similar. All route descriptions open with a summary of horizontal distance and ascent information, the OS Landranger map that covers the area. If the route is a race, the record times and race category are listed, along with entry information and month the race is run but many of these routes can be followed at any time. The longer challenge routes give an estimate of time but remember these are for runners with light kit and fell shoes. This does highlight one of the advantages of hill-running: moving at 6-8 kph, or faster if you can, allows epic journeys to be undertaken. Summary maps are included for each route/race, along with a detailed route description. Steven Fallon’s website has many other routes and maps, grouped bycore the same regions as the book, and some pithy observations. 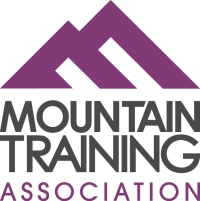